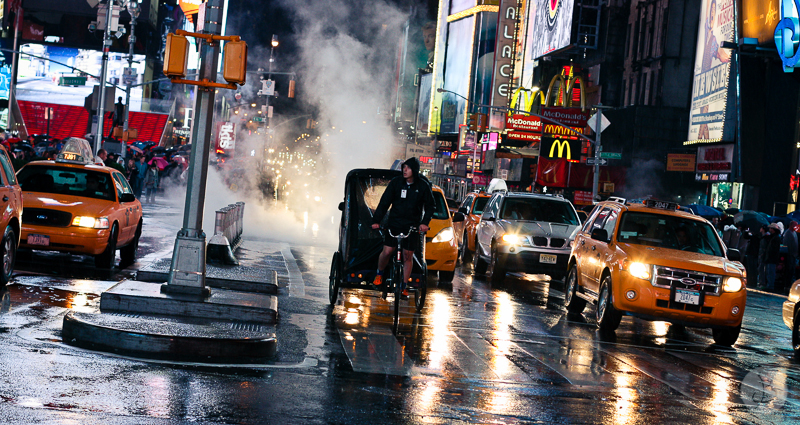 When I lived in New York City, I used to randomly hang out anytime of the day and capture those memorable moments... This article is really worth to see!

Time Square: the night + the rain #

Probably my most stunning session, that night of October 8th, it rained all day and a steam leak made the scene more dramatic than ever. No matter what, the city never sleeps. 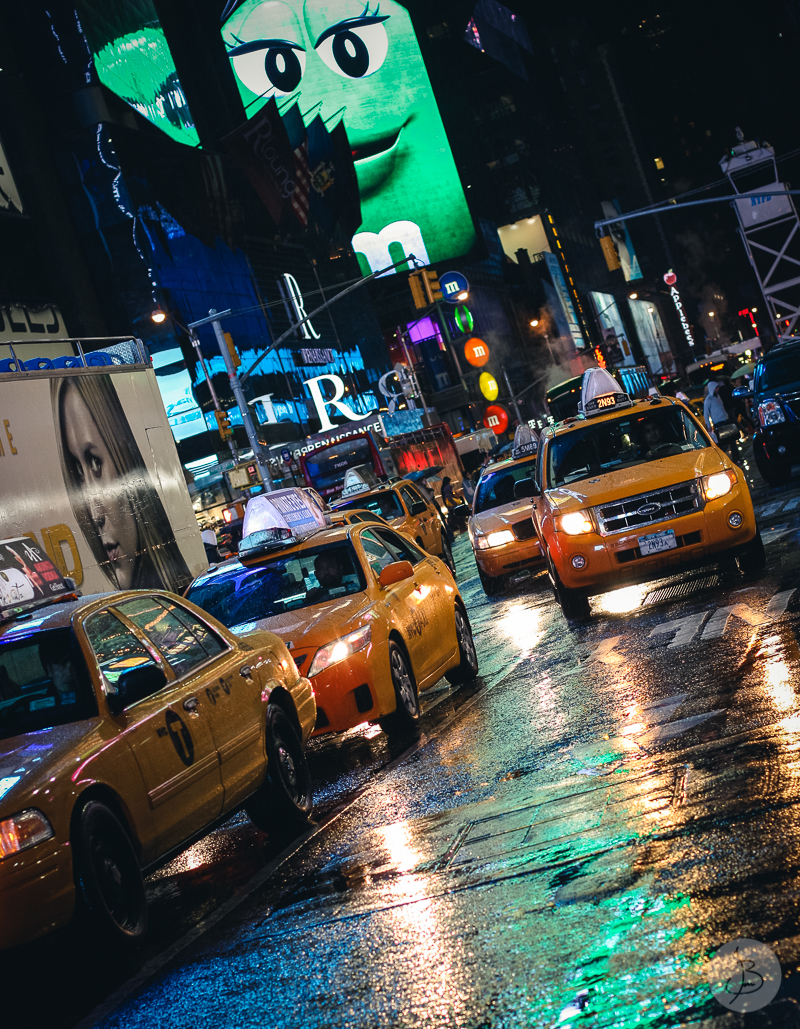 Days and nights, rainy, windy, stormy or clear; Time Square remains one of the most touristy spot on Earth. 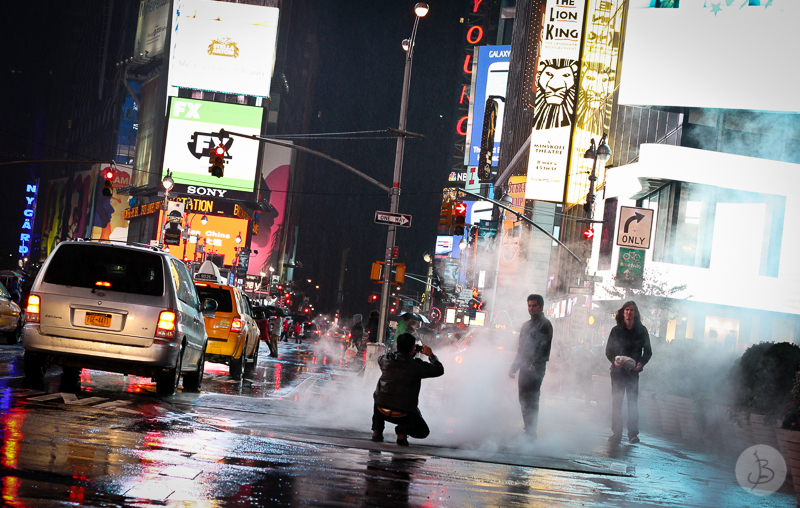 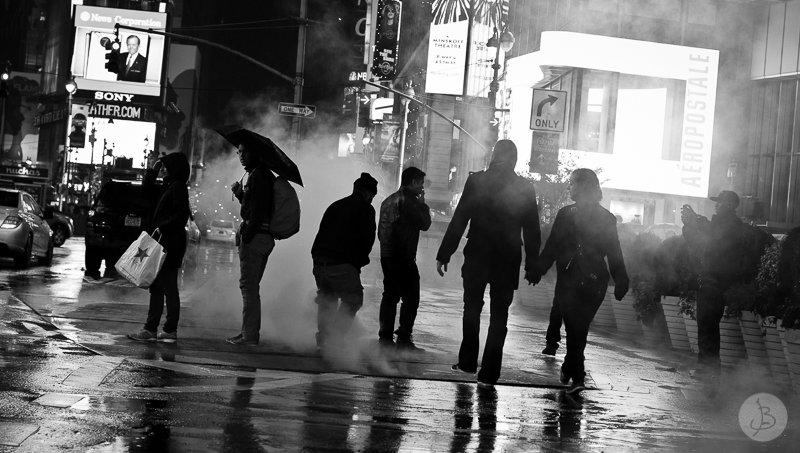 The perfect night to be there and play around with lights, when suddenly, 5 or 6 firefighter trucks showed up unexpectedly; blocking the whole traffic on the 7th avenue.
Amazing! 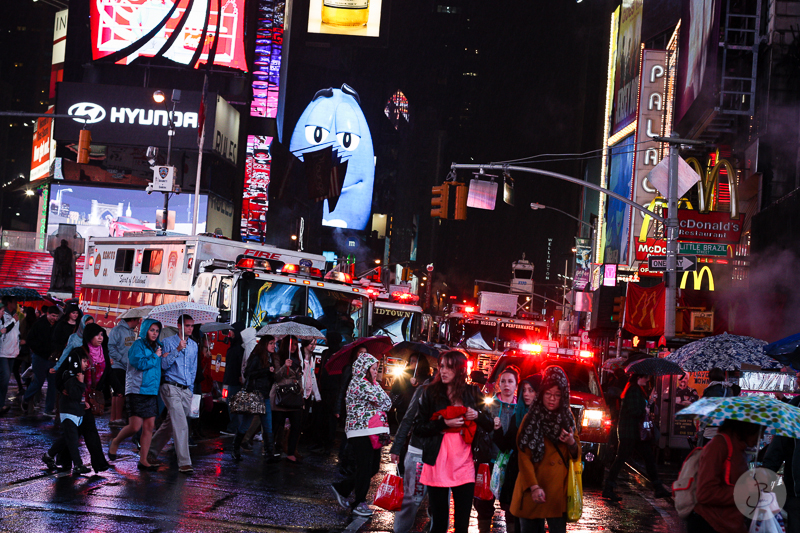 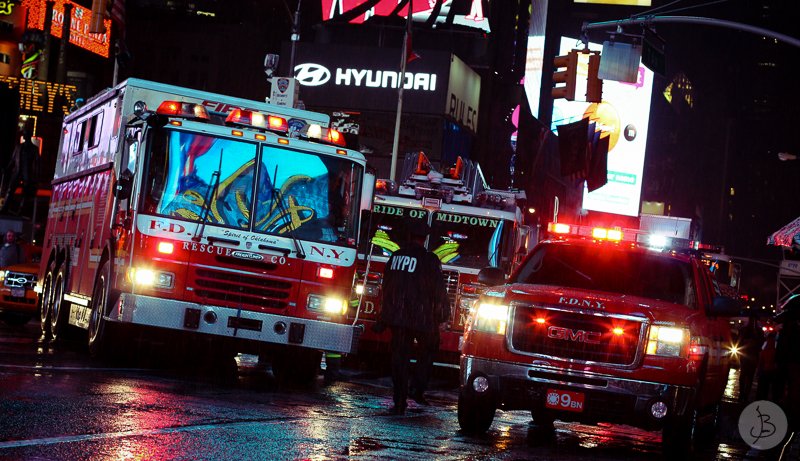 I think I've never been as amazed of playing with reflection than that night. Colorful signs everywhere almost made the composition skill easy. 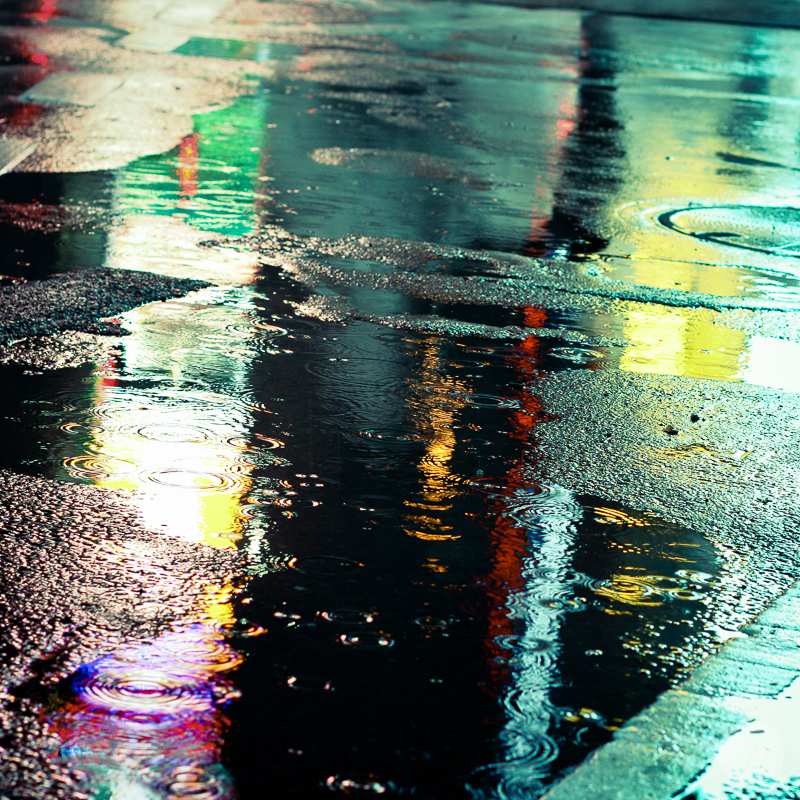 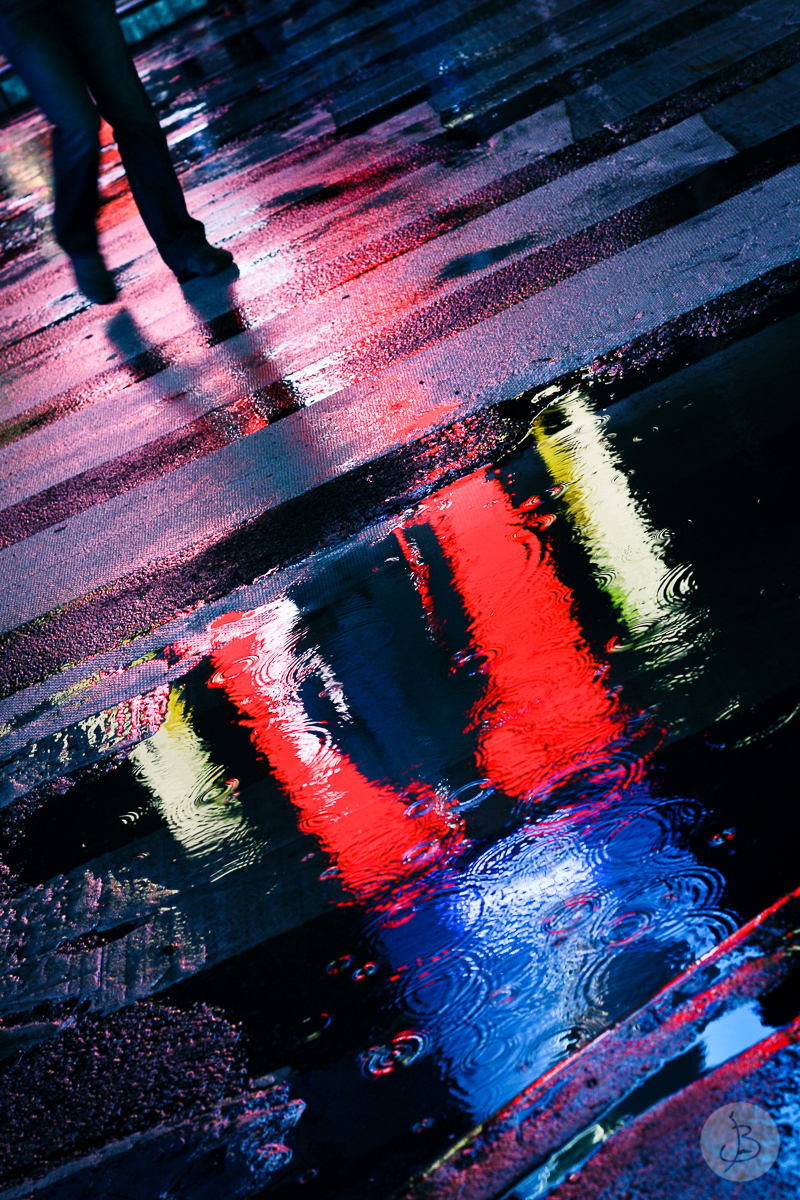 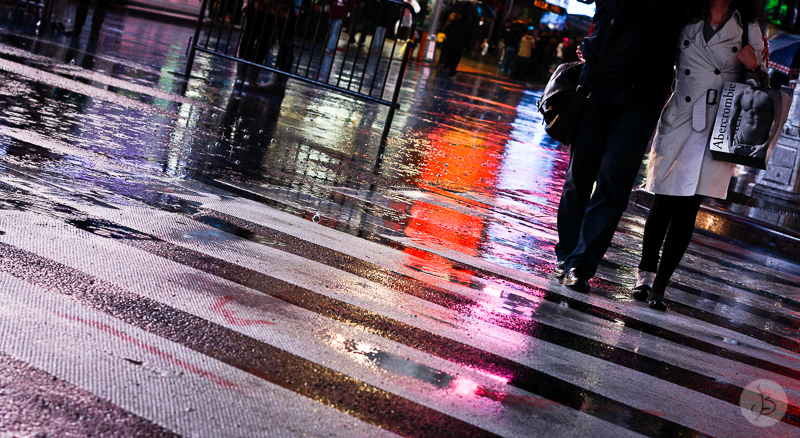 A big thank to the Disney Store which provided an amazing random colorful range! It truly looks like diluted aquarelle flows... 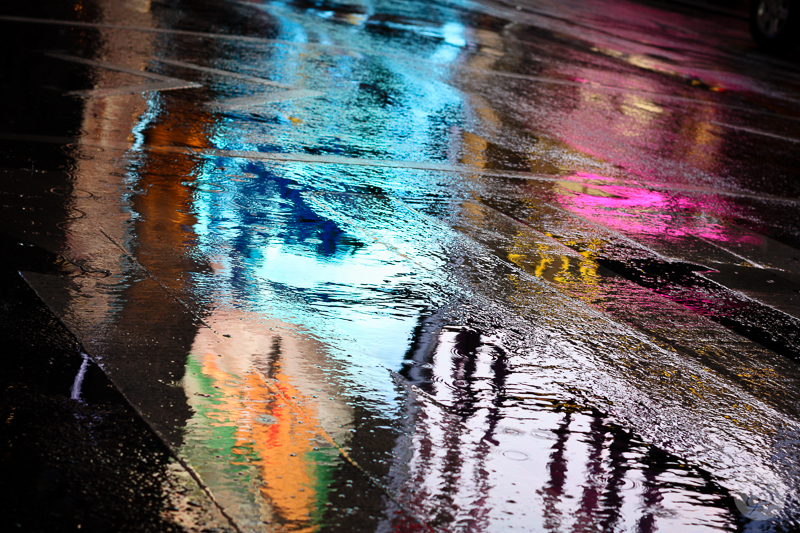 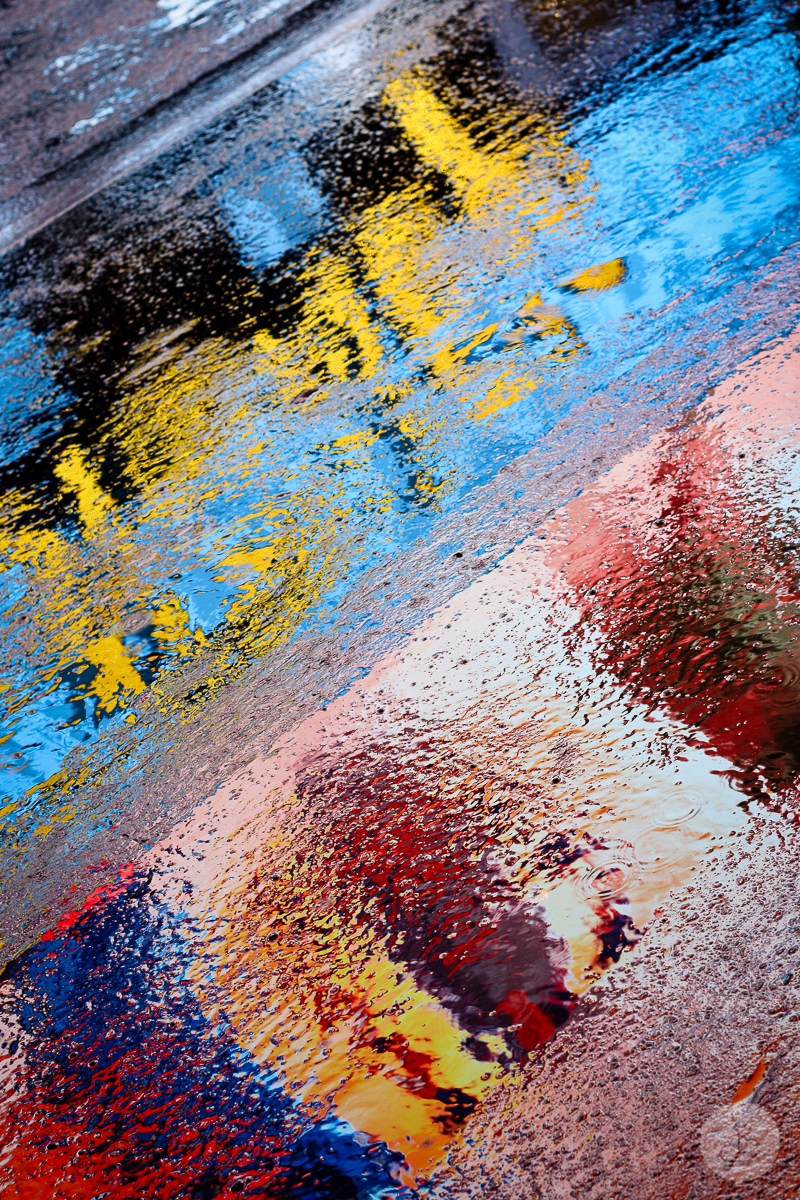 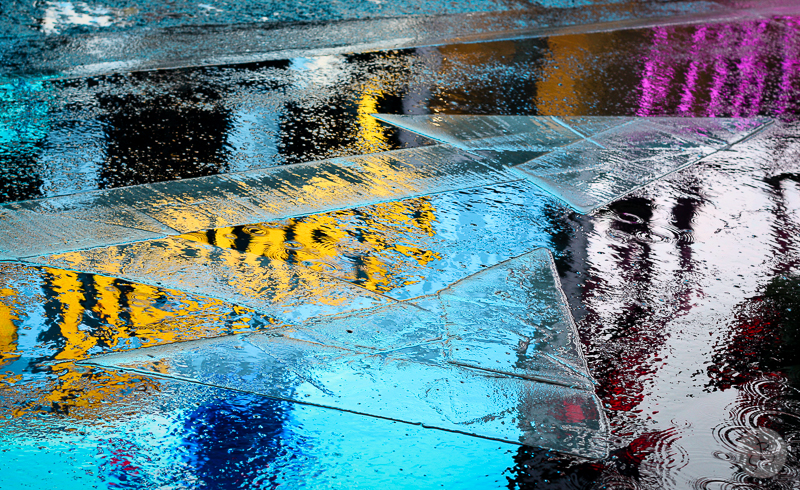 From a building window or the Roosevelt Island Tramway, I managed to get some aerial pictures of the streets. 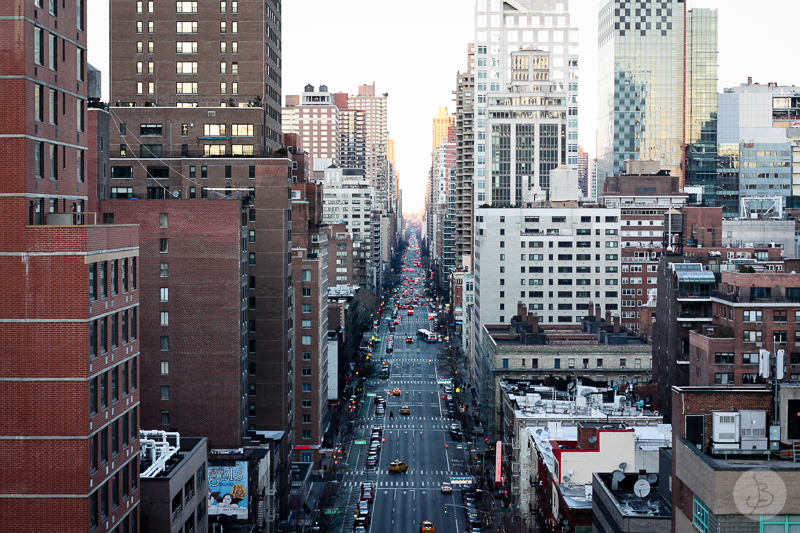 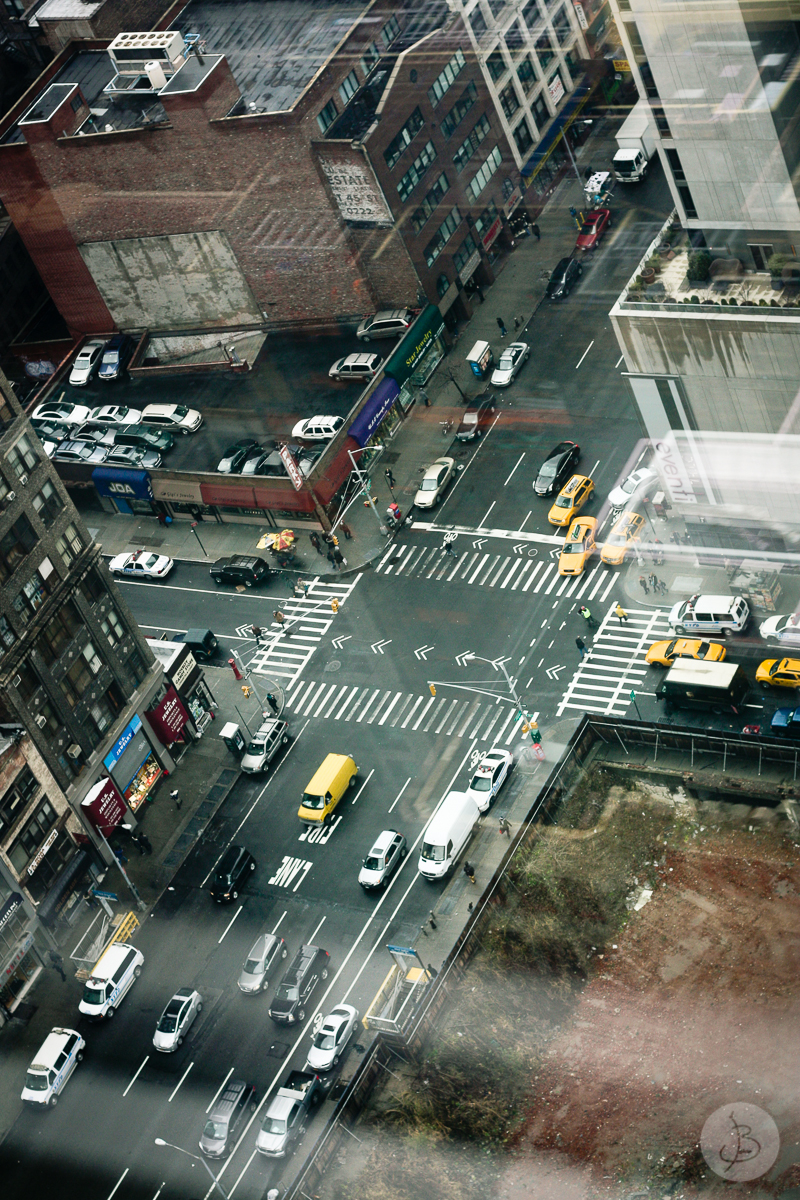 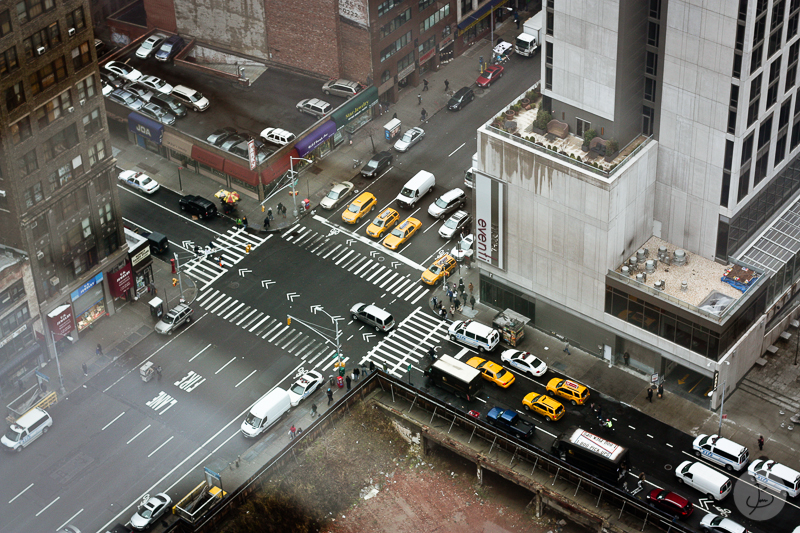 This one was taken the very first month of my arrival in New York, from Gin Lane's office rooftop: 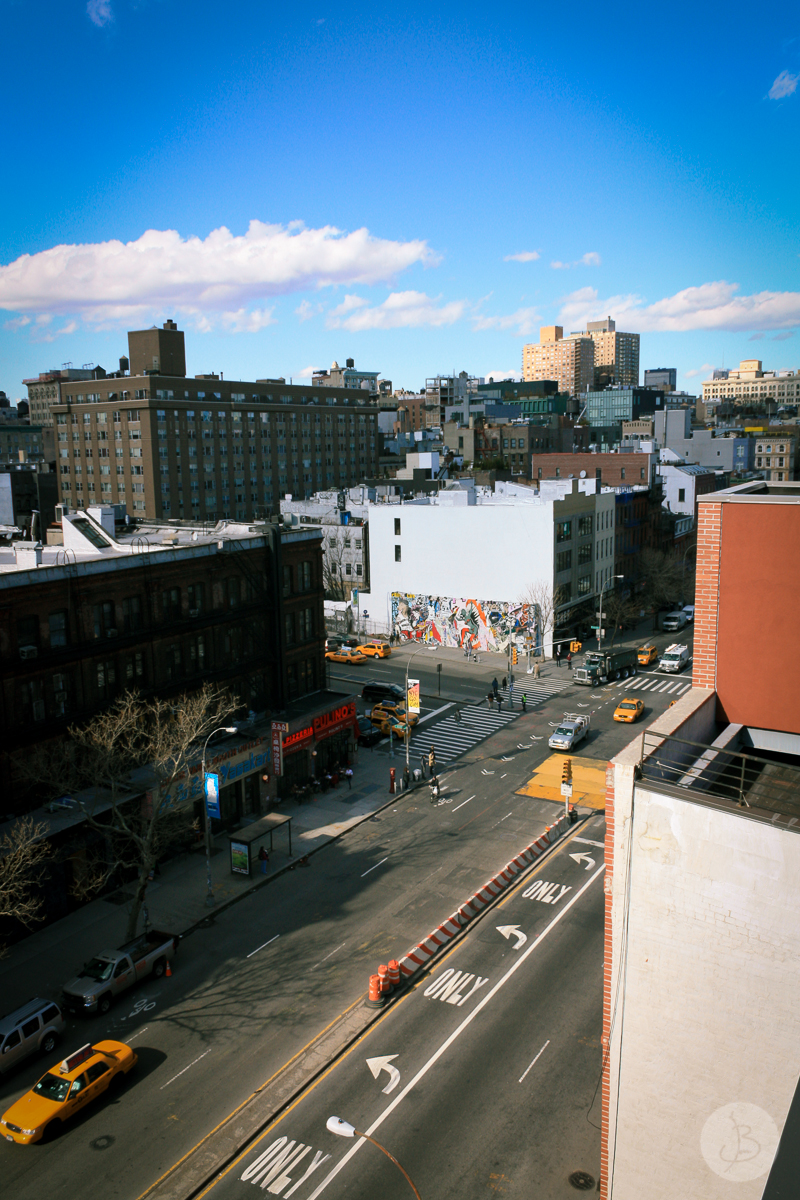 Various shots I've taken very randomly while hanging in the street. It's remarquable how sometimes I felt so lucky to have such opportunities to grab that light, that scene, those people in the right place at the right moment.

This one was in my own neighborhood: Bedford-Stuyvesant, Brooklyn. Here's its story:

After a spent half-day shooting random non-artistic scenes, I was on my way back to home when I realized how amazing the scene was just standing in front of me.

The composition between the light through banners and the broken bikes in front of the basement music shop represented by the knight inspired me. This street life style photo is a very good example of what I live everyday when I go out. 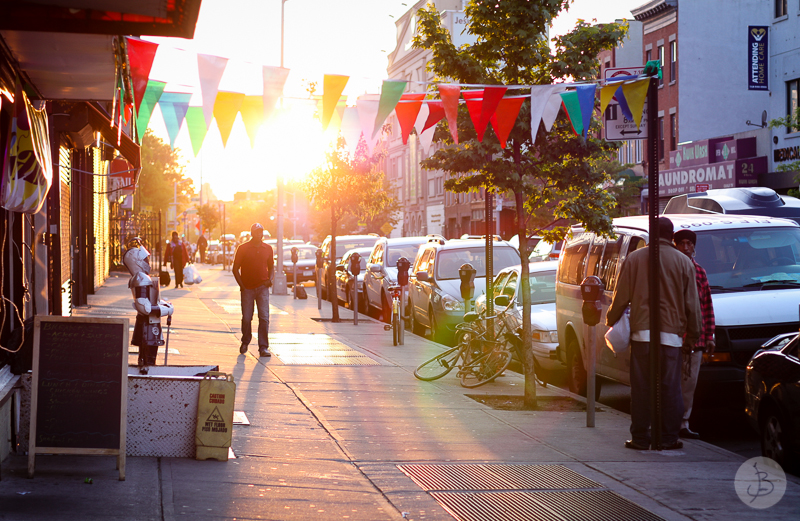 The Conrad New York Hotel entrance in the Lower Manhattan, just by the TriBeCa neighborhood: 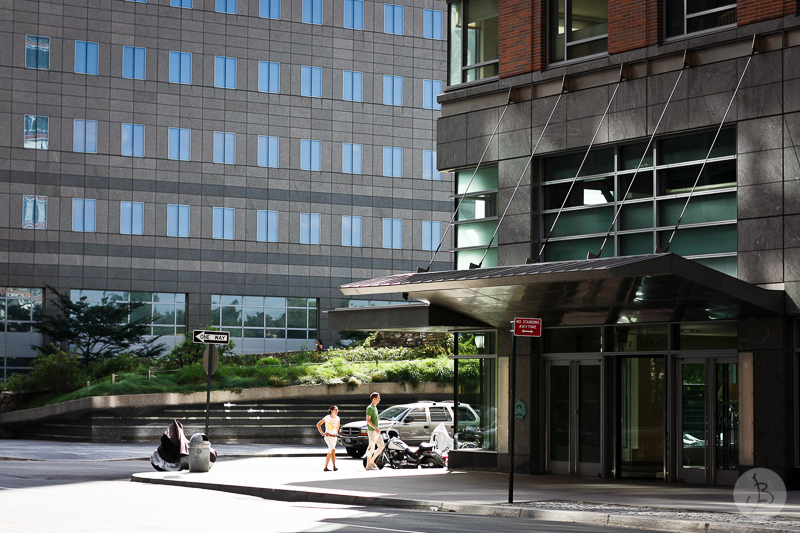 The quality of this one is a bit sketchy (sadly) but, eh, it's Madison Ave & E 63rd St in Upper East Side: 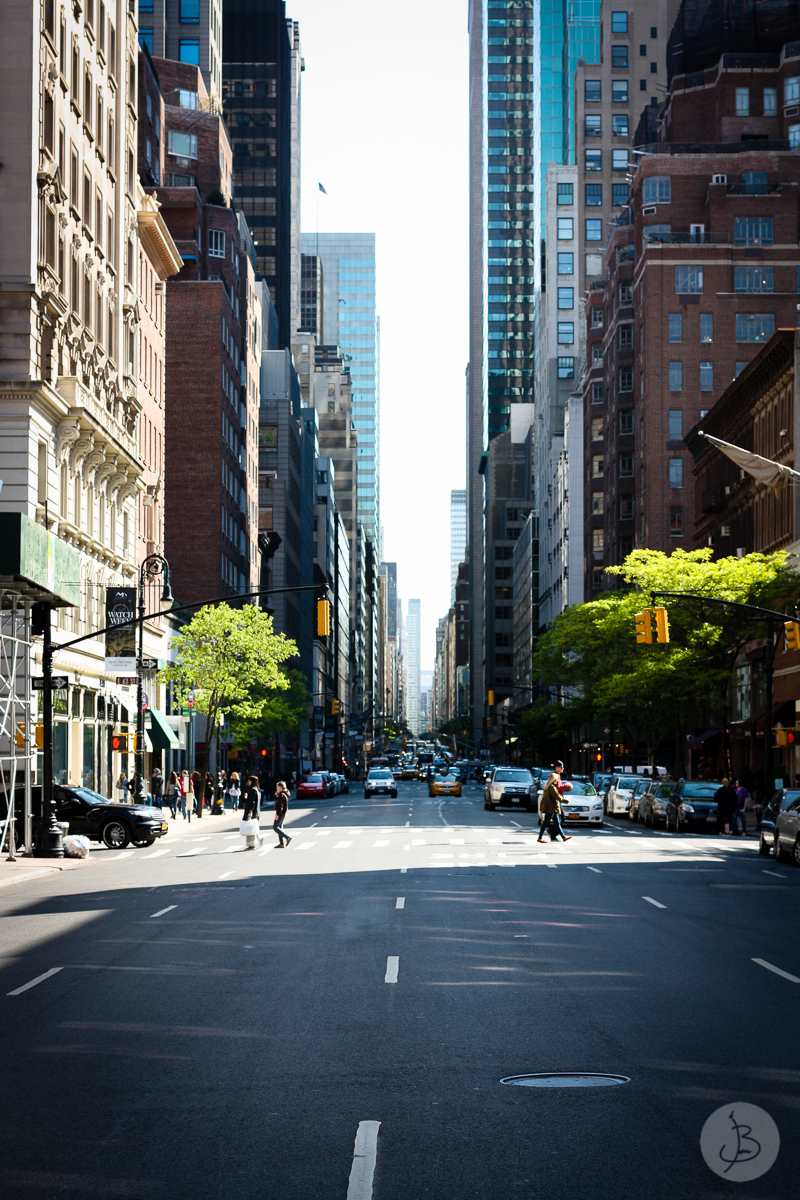 The first neighborhood where I stayed: Prospect Lefferts Gardens and this is Rutland Rd: 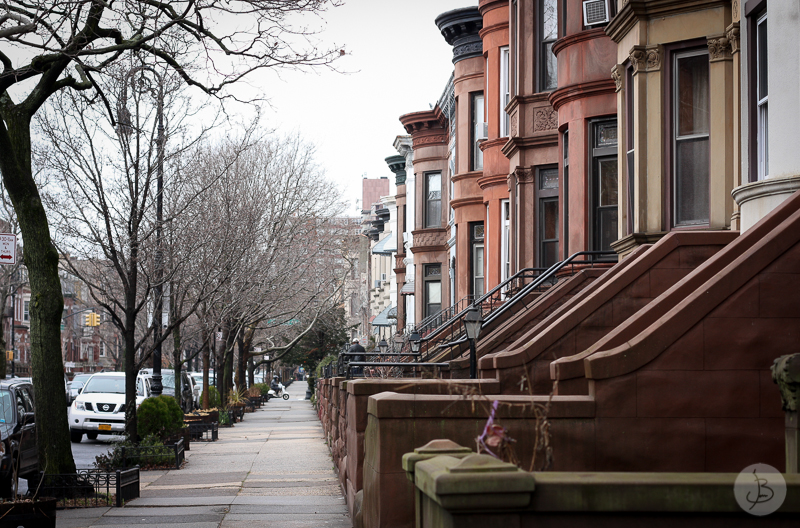 My all-times favourite is definitely this one and here's the story:

I was crossing the street with my family and my camera in its bag when I tritely looked on my right and saw that scene. Wait, that view with cars is amazing, must shoot! Steps back, I drew my camera and shot once.

One shot, satisfied of my framing: done.

I've taken this one right out of the MET Museum, a cold and rainy night of December. I really liked the « cold effect » given by the car lights through the fumes: 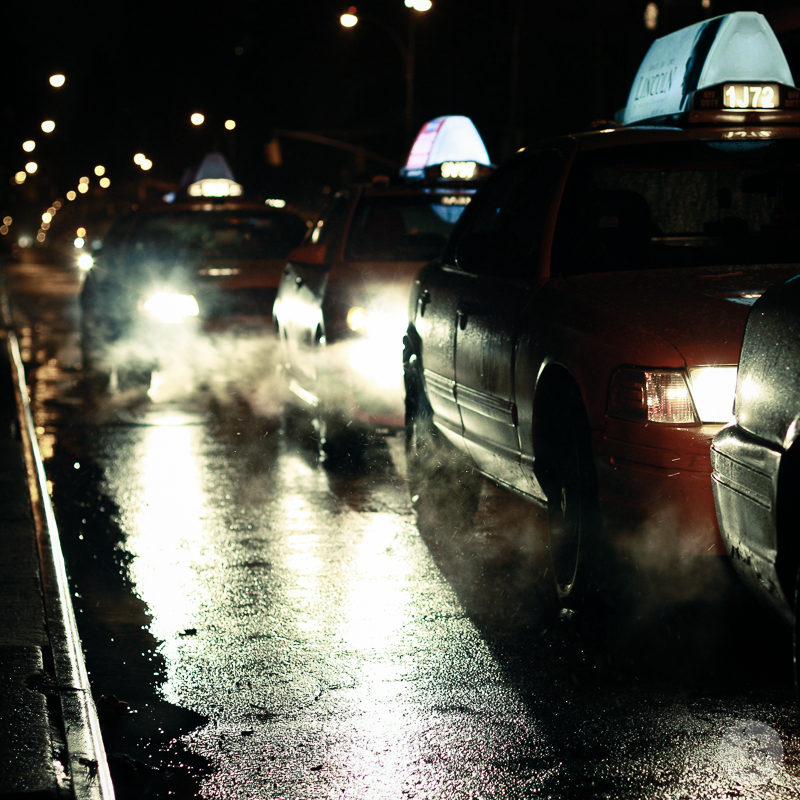 Another night in Time Square, I just tried to catch the light of the place through a bus windshield: 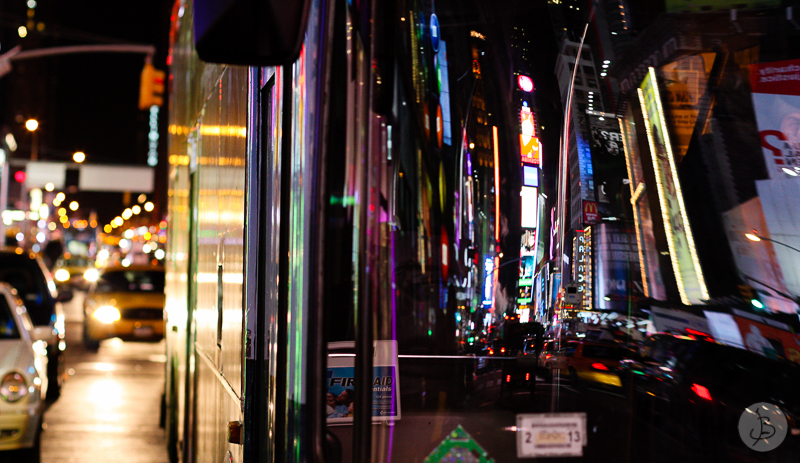 For the clouds, the light and the street composition, shot with a wide angle and small polarizing filter (see the photo vignetting) on W 42nd St in Hell's Kitchen: 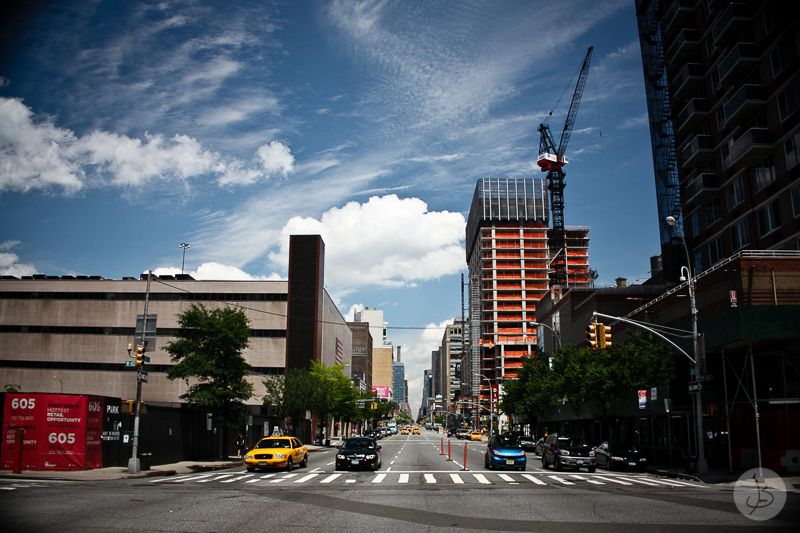 Street life isn't all about cars, traffic or on-the-road related activities. I included here 3 pictures of people hanging out in the parks.

In despite of the huge sun glare, this one is the most reprensative photo of the life near Prospect Park, according to me. In winter times, people gather and play freestyle music with whatever they have or can do. Good energy, this scene is still extraordinary to me: 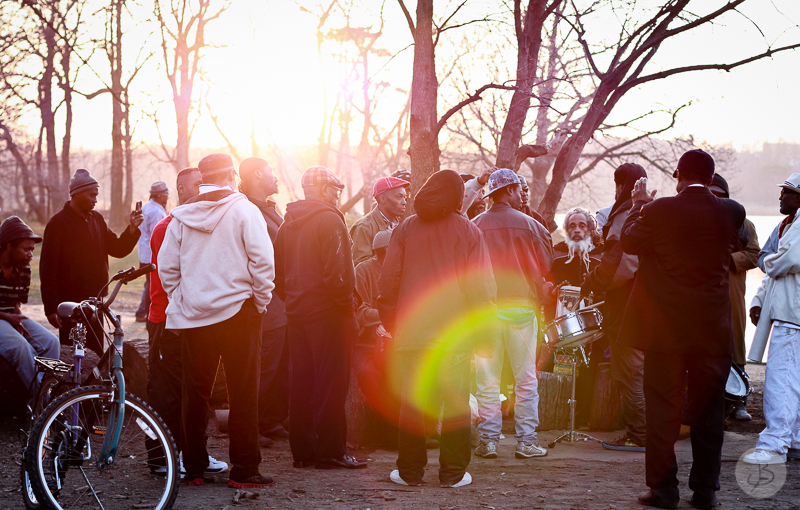 Easter Day in New York: amazing sunlight, perfect weather to have a reading in Bryant Park: 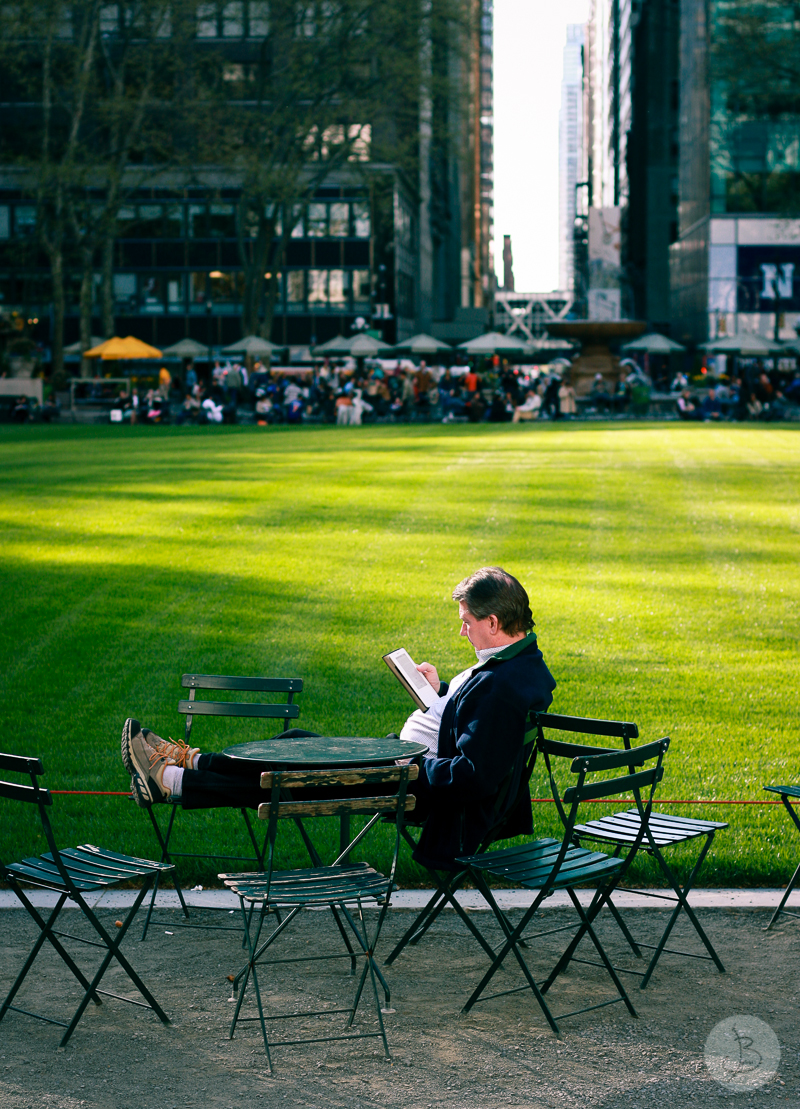 A quick and late day walk, late December, toward the Franklin D. Roosevelt Four Freedoms Park on the Roosevelt Island: 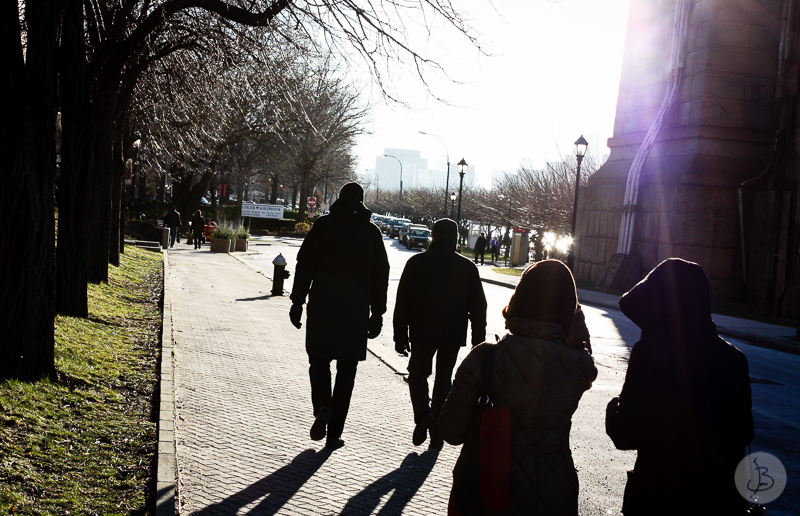 I hope I made you travel with all these pictures and gave you the envy to visit deeper this great inspirational city of the United States of America.